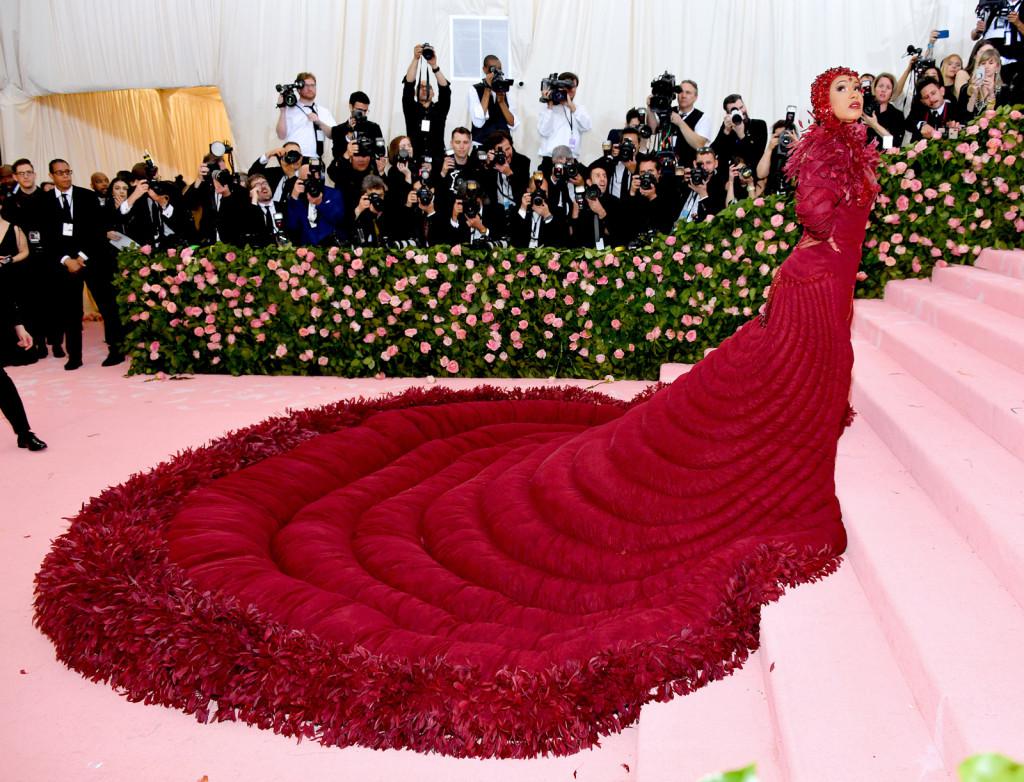 It’s been a few days since this year’s Met Gala and many onlookers (and some attendees) are still struggling to grasp this year’s theme. The annual benefit, thrown by the Metropolitan Museum of Art Costume Institute, has taken on the unofficial title of “party of the year”, and this year was no different. Themed “Camp: Notes on Fashion”, Monday’s event had many of our favorite celebrities flocking to the grand entrance stairs of the museum. Now that the dust has settled, let’s take a closer look at this year’s theme and some of the best looks from the evening.

Camp is an aesthetic or style described as absurdly exaggerated, lively, audacious and dynamic. This style was popularized in the 1960’s, and in Susan Sontag’s 1964 essay “Notes on ‘Camp’”, she described Camp as “good because it’s awful”. While many attribute the origin of this style to Drag and Ballroom culture, we see the influence of Camp in pop culture almost daily.

One of the clear frontrunners from this year’s Met was our girl Cardi B. Dressed in a jeweled and feathered ruby gown and headpiece, designed by Thom Browne, Cardi said the inspiration behind her look was feminism, elegance, and extravagance.

Another notable look from this year’s event was co-chair Lady Gaga. As an artist, Gaga embodies camp, so it is no surprise that she stole the show on Monday evening. In true Gaga fashion, she walked the red carpet in four separate looks designed by Brandon Maxwell, ranging from a voluminous hot pink ball gown to sparkly lingerie.

For the second year in a row, newbie Lena Waithe used her Met Gala look to send a message. This year, she rocked a double-breasted, pinstriped suit with the statement “Black drag queens invented camp” on the back. Designed by Kerby Jean- Raymond of Pyer Moss, the details of the suit included song lyric pinstripes of LGBTQ anthems like “I Will Survive” by Gloria Gaynor and “Supermodel” by RuPaul. Waithe wanted to make sure her outfit “represented the black drag queens who started this camp thing”.

Other honorable mentions from the evening include Janelle Monae, rocking an Alexandra Mandelkorn gown inspired by Picasso and Dali’s surrealism art, and Zendaya in light up Cinderella gown designed by Tommy Hilfiger. Who do you think nailed this year’s theme?